From 6 April 2021, the estimated percentage change in seasonally adjusted real aggregate economic activity in a calendar week is presented in two variants: firstly, as previously, in terms of the change from the same week a year earlier, and secondly, as a comparison to an average weekly value in 2019 (fixed reference period). This extended presentation is intended to support the contextualisation of the results. Starting with calendar week 11 2021, 15 to 21 March 2021, for the year-on-year comparison, both comparative values lie in the pandemic-related crisis period. Since the economic slump caused by the COVID-19 pandemic and the strict regulatory restrictions to contain it during 2020 was most severe in the first lockdown period, starting 16 March 2020, and consequently the comparison level is very low, the year-on-year percentage increase is exceptionally strong after a year of negative year-on-year rates of change. The calculation against a fixed 2019 reference period allows a comparison of the current GDP level with the pre-crisis level.

Compared to the pre-crisis level, an average week in 2019 as a fixed reference period, the GDP gap in calendar week 22 (31 May to 6 June 2021) according to WWWI has improved by 0.5 percentage points to 0.4 percent, according to preliminary calculations; compared to the same week last year, value added is currently 12.3 percent higher.

The current weekly economic performance is characterised by the ongoing effect of the opening, which is reinforced by the (short) vacation effect around Corpus Christi.

The determinants of WWWI continued to improve in calendar week 22. The overall aggregate of credit card sales rose significantly compared with the previous week. In particular, the sub-aggregate for the food service and accommodation sectors again showed a significant increase, whereas stationary retail sales stagnated. Higher mobility also fits into the overall positive picture. In particular, the enormous increase in passenger volume at Vienna International Airport stands out. The expansive signals from industry are also continuing; nitrogen dioxide emissions from industry are currently showing a particularly marked rise compared with the previous week. Indicators in the transport sector are currently showing a downward trend. Positive signals continue to come from the labour market. This applies to all sectors; as in previous weeks, due to the openings, the food service and accommodation sector stands out with a particularly strong decline in unemployment. The number of job vacancies also continues to grow strongly.

The marked improvement in private consumption that began with the openings in the hospitality industry and event operations from 19 May persisted in calendar week 22 and continues to be driven by stronger demand for services, whereas demand for goods is likely to have stagnated based on estimated retail sales. Compared to the week before the opening, private consumption increased by 10 percent.

Both travel exports and imports continued to pick up in calendar week 22 with the easing of bilateral travel restrictions and openings in the food service and accommodation sectors in Austria. The sales levels achieved in the current third week after the opening, were not reached again last year until the peak summer season. However, the net GDP contribution of travel compared to the average reference week in 2019 remains negative. The value-added gap in accommodation and food services improved by another 16 percentage points to now 29 percent. Due to the opening steps, value added in transport and trade also increased, as wholesale trade – which supplies restaurants and hotels – shows higher activity.

In goods production and construction, the positive trend of recent weeks is continuing, albeit at a somewhat slower pace. 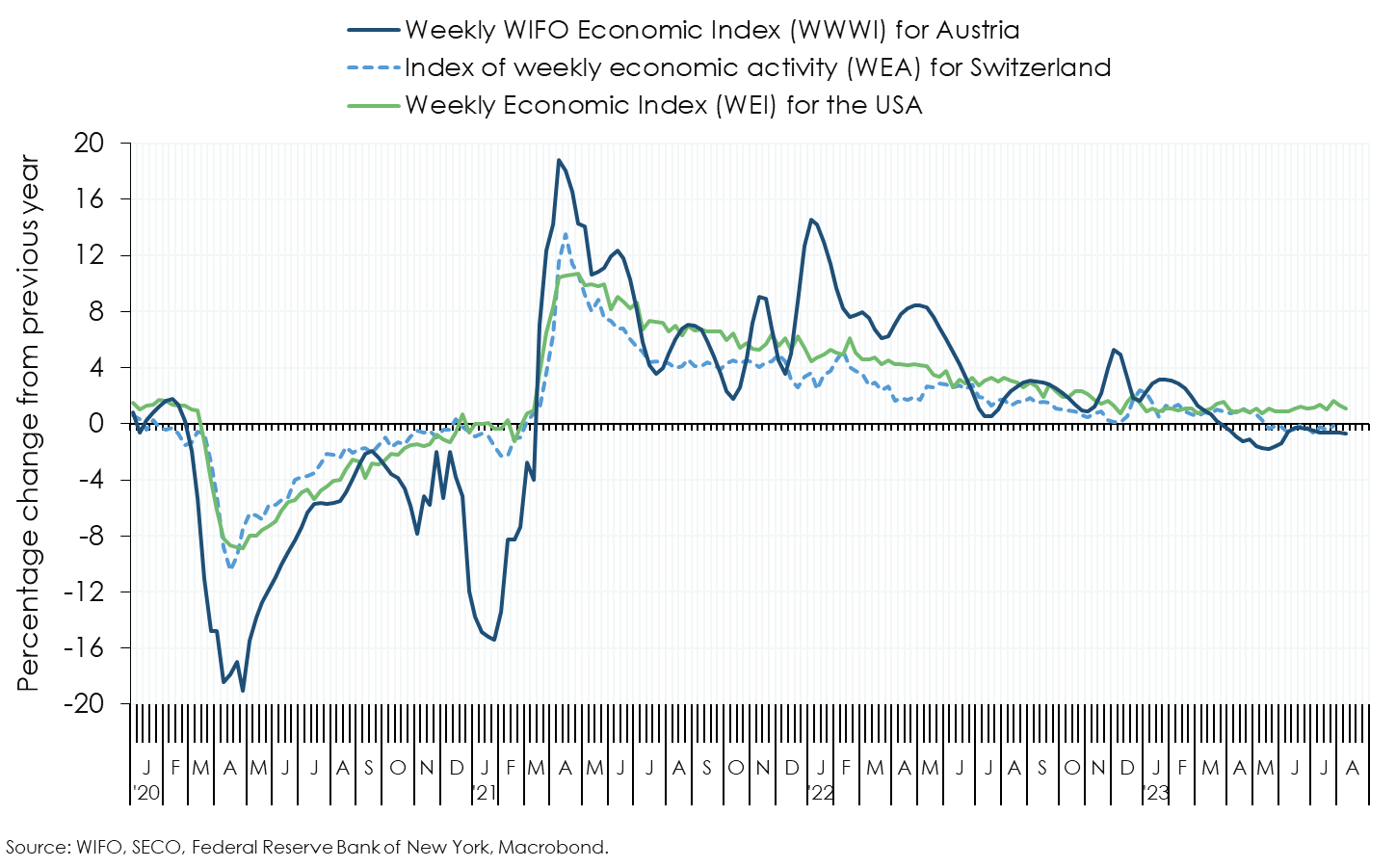 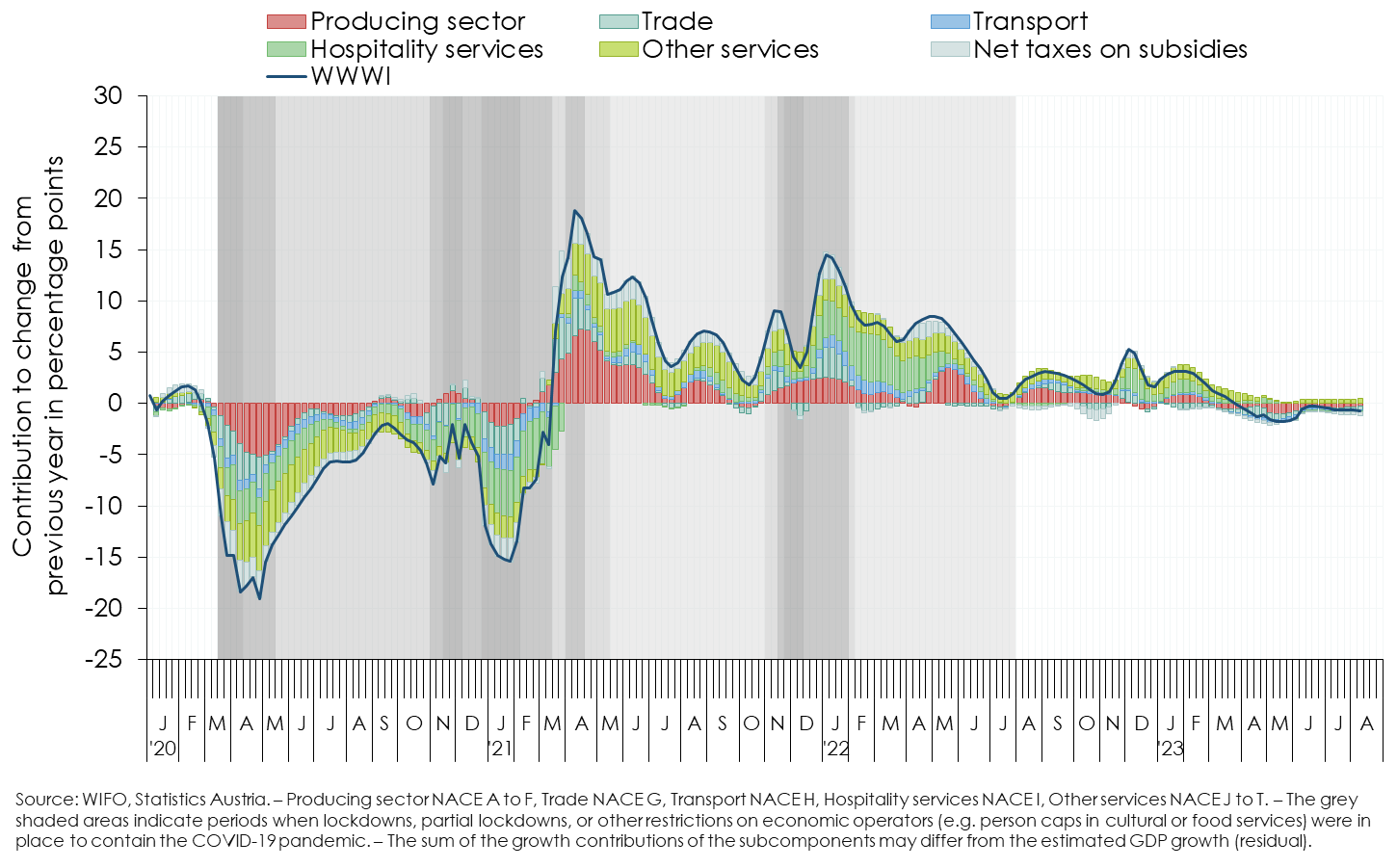 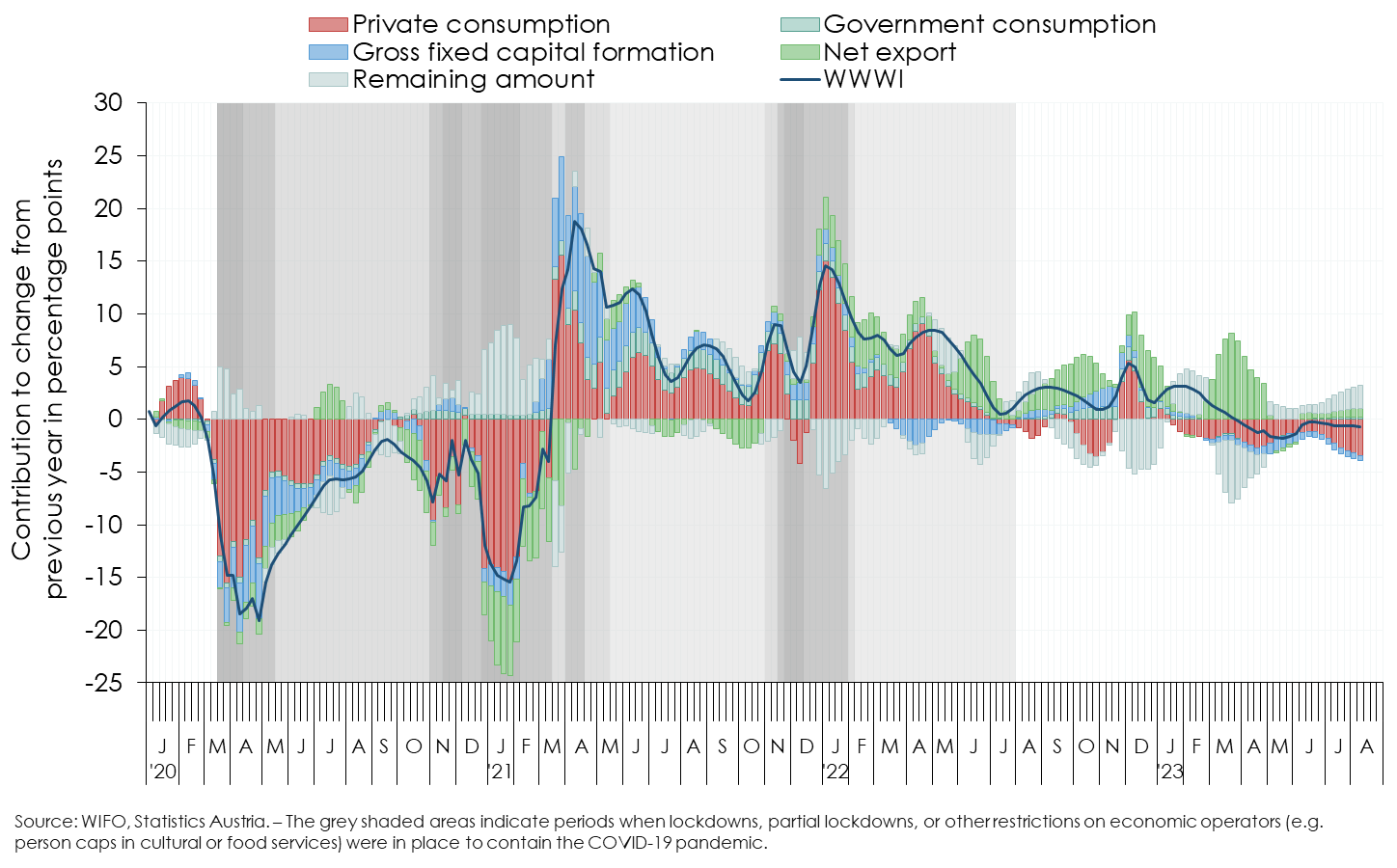 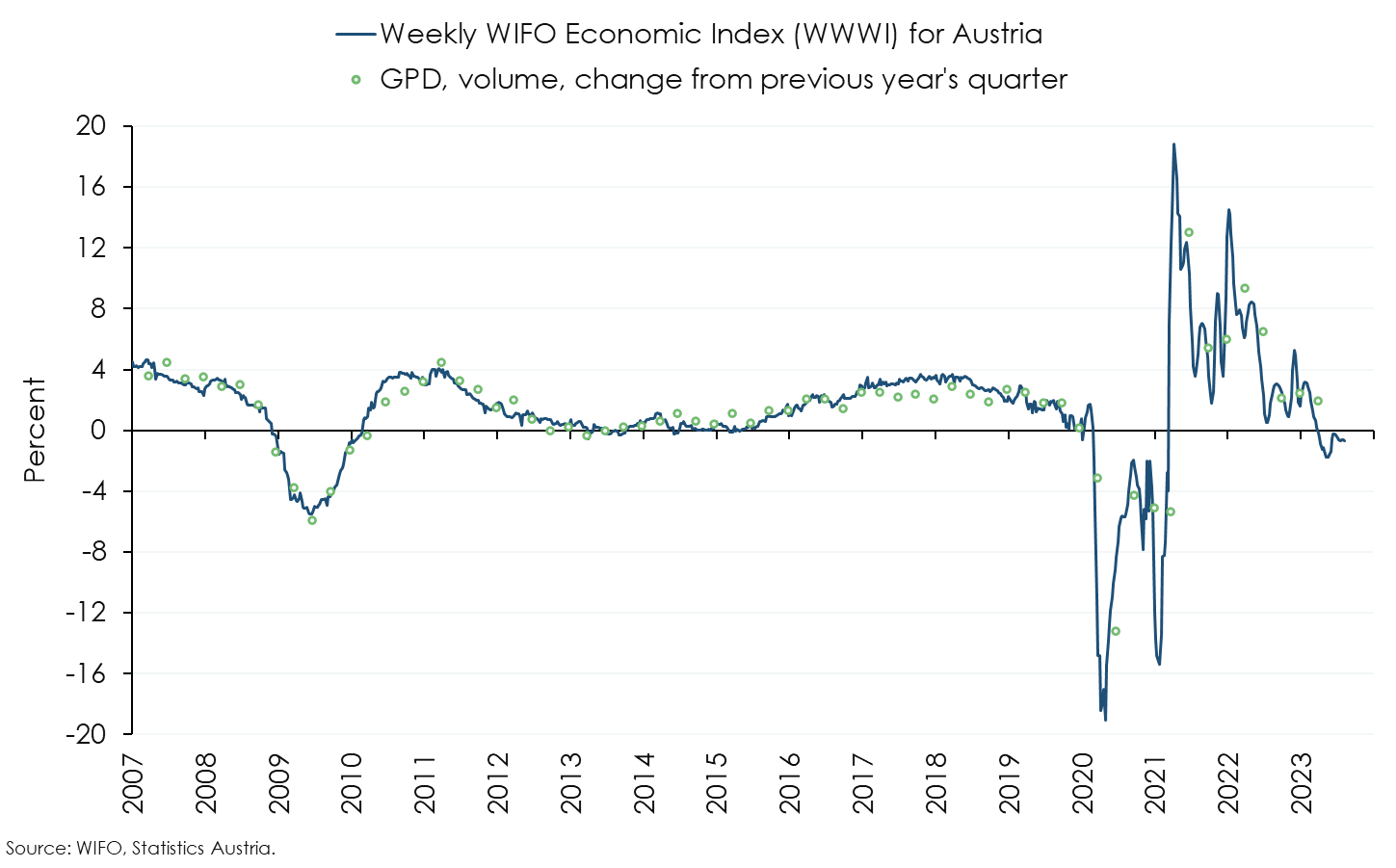