On 31 January 2020, Mayor Michael Ludwig presented Christoph Badelt, former rector of the Vienna University of Economics and Business Administration and now Director of WIFO, with the Grand Silver Medal of Honour for Services to Vienna.

Michael Meyer (Vienna University of Economics and Business Administration) emphasised at the ceremony that Badelt has always been a scientist who wanted to and was able to communicate his research in an understandable way. As head of WIFO he also showed this strength. "It is a relief when he explains economic issues in front of the camera. He succeeds like no other in communicating uncomfortable truths without alarmism, and sense-of-urgency without panic mongering," says Meyer. Badelt is also an entrepreneurial scientist and pioneer in the best sense of the word, who is able to assert his ideas even in the face of slow-moving systems.

Further information on Christoph Badelt can be found here. 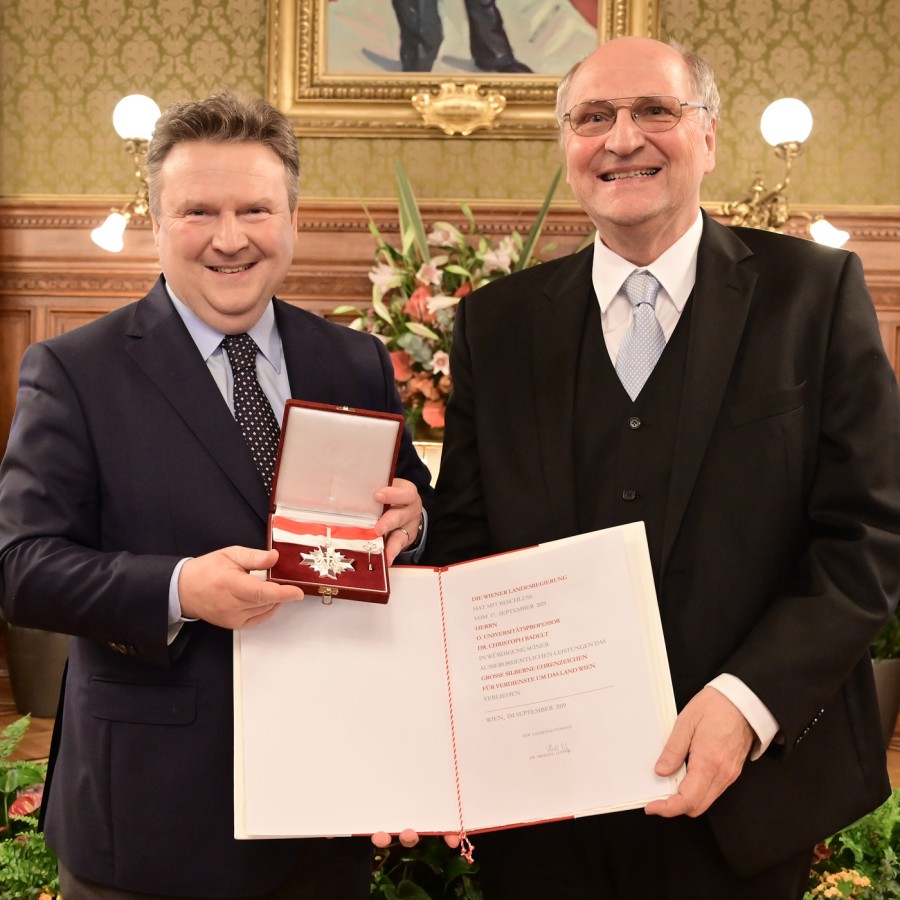