The Limits of Growth

At the symposium of the Salzburg Festival in the Schüttkasten in Salzburg, the cultural programme of the festival becomes embedded in a scientific discourse. WIFO Director Christoph Badelt was invited on 8 August 2019 to speak on the economic, political, social and ecological limits of growth. The writer Karl Markus Gauß and the geneticist Markus Hengstschläger provided further food for thought.

According to Badelt, the public debate on growth concentrates on gross domestic product (GDP), a concept that is too narrow and sometimes misleading. A meaningful growth discourse must also take social and ecological aspects into account. This is where the basic dilemma arises: "Ecological problems such as climate change urgently suggest limiting economic growth, but social problems can hardly be solved worldwide without global growth."

According to the WIFO Director, in future it will therefore "not so much depend on whether and how strongly we grow, but on how we grow and who reaps the fruits of growth." This "inclusive growth" is the imperative of the moment. In this context Badelt considers "voluntary restrictions that counteract an attitude of excessiveness" to be appropriate. In addition, however, there is also a need at national and European level for a policy "which is not limited to populist scaremongering, but which seeks broad social support for effective measures in the sense of qualitative growth and then actually implements them, even if such measures are unpopular in the short term."

Medea, Orpheus or Antigone: the myths of ancient times, in which the founder of the Salzburg Festival, Hugo von Hofmannsthal, saw "a magical mirror", have lost none of their fascination to this day. The mythical stories of the past pose eternal questions about our existence: war, flight, sacrifice, thirst for revenge, guilt and atonement, and love.

On three mornings this year's festival symposium illuminates the everlasting topicality of ancient myths. The recourse to ancient myths, the search for answers in the past always played a special role in times of upheaval. For the ancient legacy also means self-assurance – a familiar alien that provides security in the unfamiliar modern age. A coordinate system from which conclusions can be drawn for the present. 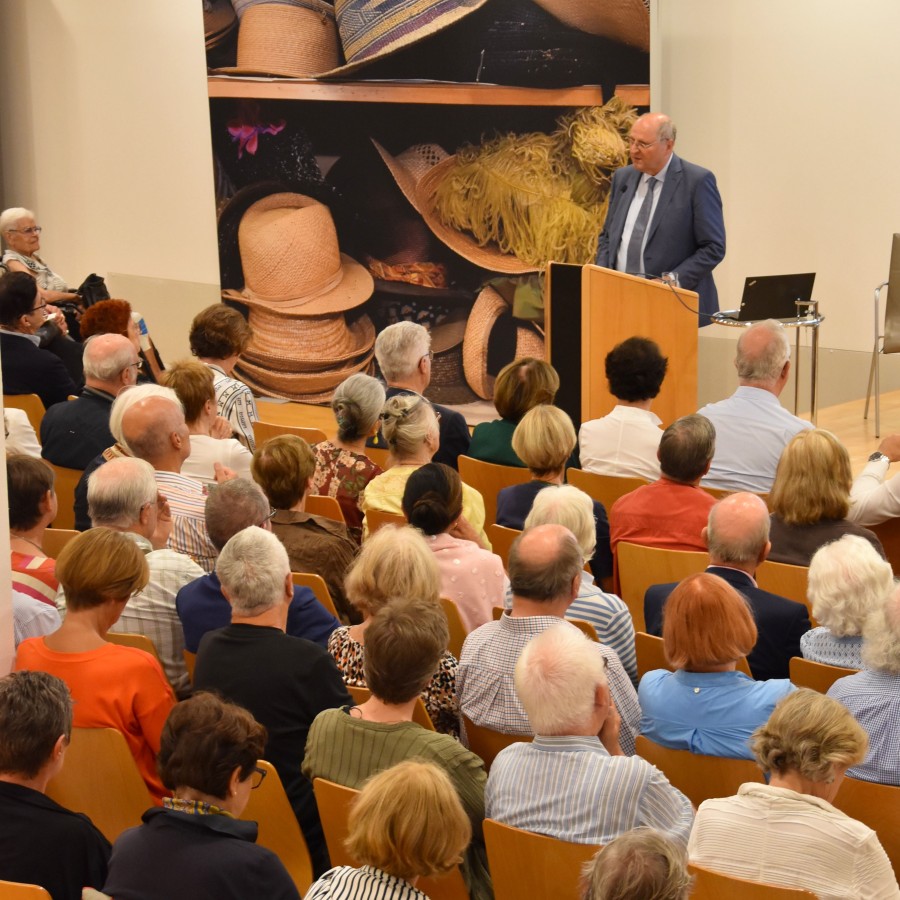