As part of a "Tipping Point Talk" of the ERSTE Foundation on 27 November 2019, WIFO Director Christoph Badelt discussed the prospects for a sustainable global economic model that can create more prosperity for all with the Senegalese economist and successful author Felwine Sarr, among others, in front of more than 300 guests at the Odeon Theater in Vienna.

Felwine Sarr (Gaston Berger University in Saint-Louis, Senegal) pleaded in his speech that we should create more utopias from the potentials of reality: "Economic action is part of society and not detached from it. We should fundamentally rethink the categories of work, exchange on markets and the purpose of economies, because the current system is not sustainable. The current global economic exchange is failing to distribute the increases in prosperity fairly."

In the subsequent panel discussion with Felwine Sarr, Nikolaus Griller (Young Industry Vienna/Junge Industrie Wien), Sergiu Cristian Manea (Banca Comerciala Romana), Shalini Randeria (Institute for Humen Sciences) and Sigrid Stagl (Vienna University of Economics and Business), WIFO Director Christoph Badelt located a dividing line within society between those who at best anticipate the need for change and those who are willing to act accordingly.

"We should strive for a political system that balances social and environmental goals more closely with economic growth goals. For this we will need much more willingness in future generations to think in utopias", said Badelt, who in this context also referred to the "sustainable development goals" and to initiatives for more justice between men and women, especially in the area of unpaid work.

Further information on the event and a video of the "Tipping Point Talk" can be found here. 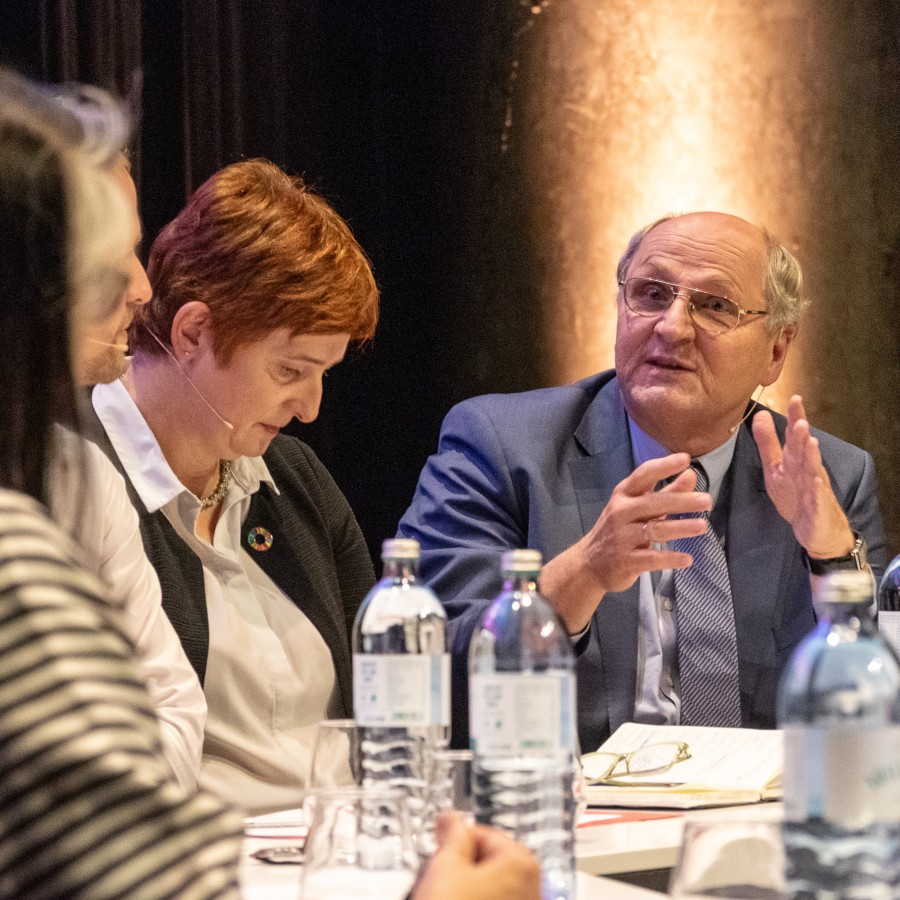