As a result, GDP will grow by annual rate of 2.6 percent over the forecast period, significantly stronger than in the interim crisis period between the global financial crisis and the COVID-19 recession (Ø 2010-2019: 1.5 percent p.a.). In comparison to the euro area, the Austrian economy is expected to have a growth advantage of 0.2 percentage points per year on average over the forecast period.

In 2021-22, a strong recovery in domestic economic output is expected due to the favourable international economic situation and domestic fiscal policy measures (investment premium and investment allowance, tax reform).

After the COVID-19 recession has subsided, a strong recovery of the global economy has emerged in spring 2021, which will also benefit the Austrian economy. Furthermore, domestic economic policy measures such as the investment premium and investment allowance and the tax reform 2022-2024 will have a supporting effect on private domestic demand in the coming years. In addition, it is assumed that the private savings accumulated in the 2020-21 COVID-19 lockdown phases ("forced savings") will be partially channelled back on to private consumption.

Under these conditions, real private consumption is expected to grow by 6.4 percent in 2022. About 0.4 percentage points are attributable to the relief of private household incomes due to the tax reform (tariff reduction of the second stage, increase of the family bonus and child surplus, reduction of the health insurance contribution rate for low income earners and the climate bonus).

The eco-social tax reform is estimated to reduce the tax bill of private households by 2.8 billion € (1.2 percent of disposable household income) in 2022, rising to 7 billion € (2.5 percent) by 2026. At its full build-out, 15 percent of the relief falls on the lowest, 36 percent on the middle and 49 percent on the top one-third of the household income distribution. Cumulated over the forecast period, the estimated nominal relief amounts to almost 27.5 billion €.

In addition to this expected relief, private households already have a "corona savings buffer" estimated at just under 25 billion €. As some of this savings buffer will presumably be spent for consumption it is assumed that at first only one quarter of the additional disposable income resulting from the tax reform will be used for consumption purposes. The main share will be allocated to wealth formation and will then be spent on consumption over a longer period of time (exceeding the forecast horizon).

Capital formation will develop well due to a strong expansion in the manufacturing sector. Due to the investment premium, additional machinery and equipment investment will be made in 2022 that would not have been made without this premium. In order to maximise the benefits of the subsidy, projects that were already planned for subsequent years were brought forward. This will increase gross fixed capital formation by 4.4 percent in 2022. As a result of this frontloading effect, a weakening in investment activity is envisaged as an "echo" for the years 2023 and 2024. However, a reduction in the corporate tax rate in 2023 and the introduction of an (eco‑) investment tax allowance might counteract this echo effect from 2024 onwards and induce a strengthened capital formation spree.

Foreign trade is expected to develop particularly strong in 2022 (exports +8.9 percent, imports +8.3 percent), which is due to the postponed rebound effect in international travel, as tourism was still in lockdown in the first five months of 2021. Total exports and imports are projected to grow at an average annual rate of 4.1 percent and 3.9 percent, respectively, in 2023-2026. Net exports are projected to improve from 1.5 percent to 2 percent of GDP over the forecast period, with an average annual growth contribution of 0.2 percentage points.

Despite a decline in the working-age population (0.2 percent p.a.), the labour supply is expected to grow by an average of 1.1 percent per year over the forecast period. Firstly, this results from the further increase in the labour force participation of women and older people (among other things, due to the gradual increase in the women's retirement age from 2024). Secondly, due to an increase in the foreign labour supply. The share of foreign workers in total employment will thus rise to 26.6 percent in 2026.

The strong GDP growth of 5 percent for 2022 is expected to translate as a marked increase in employment (+2.0 percent). However, as the rebound effects fade away, employment growth will be lower from 2023 onwards (2023-2026 around +1.5 percent p.a.). Unemployment, according to the AMS (Public Employment Service), after increasing to 9.9 percent in 2020, will decline to 6.1 percent by the end of the forecast period.

The steep rise in prices on the international goods markets, the reversal of the value-added tax cut in the sectors most heavily hit by the COVID-19 crisis (restaurants, hotels, event and entertainment industry) and the CO2-pricing will result in an increase in the inflation rate to 3.1 percent in 2022. WIFO expects that the higher inflation in 2021-22 will be for the most part temporary. For the period 2023-2026 an average annual increase in consumer prices of 2.1 percent is expected (Ø 2010-2019 +1.9 percent).

With the CO2-pricing and the income tax reform 2022-2024, a first step towards an ecological and social transformation of the tax system has been taken. The investment premium and an (eco‑)investment tax allowance will support the transformation of the capital stock of Austrian businesses towards climate neutrality and digitalisation.

In combination with the easing fiscal burden from the COVID-19 crisis, the decisions of the ecological and social tax reform and other budgetary decisions, such as the pension increase or additional investment measures under the Recovery and Resilience Facility (RRF), the general government budget deficit is expected to improve from 6.3 percent of GDP in 2021 to 2.4 percent in 2022. By the end of the forecast horizon, the deficit to GDP ratio should decline to 0.4 percent. The tax reform will increase the budget deficit ratio by an average of 0.6 percentage points per year.

The government debt to GDP ratio is projected to decline from 83.8 percent in 2021 to 80.0 percent in 2022. Mainly due to strong nominal GDP growth, the debt ratio is expected to fall to 71 percent by the end of the forecast period. Without the tax reform, the estimated debt level would be almost 15 billion € and the debt ratio 1.7 percentage points lower. 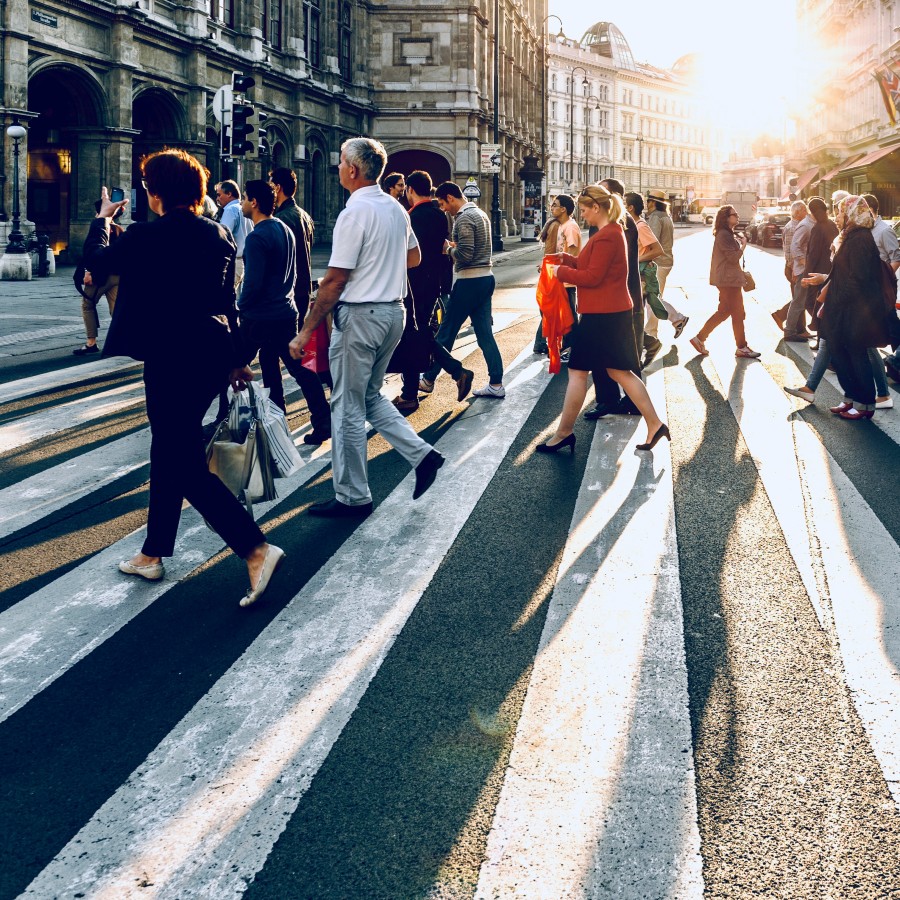