Alexander Daminger's dissertation on the effects of homeownership subsidies received two awards in Germany. In Wiesbaden, the WIFO regional economist received the Young Researcher Award of the Federal Statistical Office. In Freiburg, he was awarded the Research Award of the German Real Estate Academy (DIA).

Daminger wrote his dissertation at the University of Regensburg under the supervision of Prof. Dr. Kristof Dascher. In three chapters, he analysed the spatial impact of homeownership subsidies. The central result of the thesis is that government subsidies for homeownership are simultaneously subsidies for decentralised housing and thus a driver of spatial suburbanisation.

Two chapters analyse the repeal of the German "Eigenheimzulage" in 2005. In the first step of his analysis, Daminger created own data sets on spatial population dynamics in German cities and regions based on administrative data from official statistics. Using various econometric difference-in-differences approaches, he subsequently showed that the repeal of the subsidy led to a recentralisation of the population both within cities and regions. Conversely, this result illustrates the decentralisation effect of the original subsidy.

Another chapter deals with the effects of homeownership subsidies on the spatial distribution of housing prices by evaluating the "Baukindergeld" introduced in 2018. Inner-city rental price indices of German cities, constructed from a large dataset of housing advertisements using hedonic regressions, serve as an innovative data basis. The econometric analysis shows that after the subsidy was introduced, rent growth slowed down in affordable cities, i.e., exactly where the Baukindergeld generated the largest incentive for becoming homeowners. The effect works through the realloaction of new homeowners: their move into ownership and thus change from the rental to the ownership segment weakens the demand for rental housing, while the supply of rental housing is inelastic, at least in the short run.

The Federal Statistical Office (Destatis) awarded the "outstanding scientific work" on 17 November 2022. "The Eigenheimzulage is one of the most expensive subsidies in the history of Germany. The work of Alexander Daminger deals with a politically very relevant question about the effects of policies to promote owner-occupied housing," according to a Destatis press release. The Young Scientist Award "Statistical Science for the Society" promotes innovative data use and methodological research in scientific theses closely related to applied statistics.

The German Real Estate Academy at the University of Freiburg GmbH (DIA) has been awarding the research prize for scientific work in real estate since 1999. In this way, the academy aims to contribute to the advancement of research in real estate. The award was presented to Daminger on 28 October 2022, during the Freiburg Real Estate Days.

Daminger has been an economist in the research group "Structural Change and Regional Development" at WIFO since April 2022. Previous positions include consultant in the field of transfer pricing at the consultancy Deloitte and research assistant at the Chair of Retail Real Estate at the University of Regensburg. During his doctoral studies, he was granted a scholarship by the Hanns-Seidel-Foundation; furthermore, he received the teaching award of the Faculty of Economics at the University of Regensburg in 2021 for his special commitment to teaching and supervision. Alexander Daminger's research interests lie particularly at the intersection of urban and regional economics with finance and real estate economics. 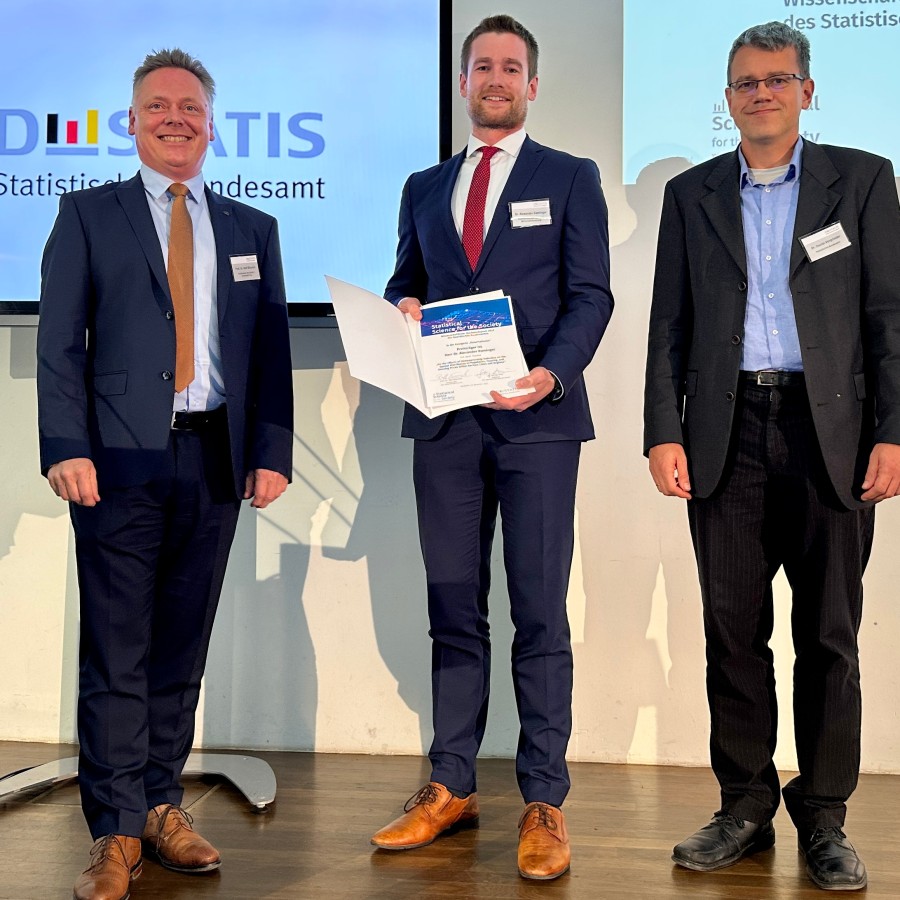