Overall, real GDP fell by 7.3 percent in 2020 and unemployment rose by one-third despite the use of COVID-19 short-time work. Without a further lockdown ("no policy change"), GDP is expected to grow by 4.5 percent in 2021; and by 2.5 percent with a third lockdown.

In the summer of 2020, economic recovery in Austria was extraordinarily strong, even by international standards. The second lockdown depresses economic activity again in 2020, but – since industry is less affected – by less than the first. Upcoming winter tourism in particular will be severely curtailed due to the ongoing travel warnings, or even fully cancelled. Only in the warmer season and with the vaccination coverage of the population can social and economic activities return to normal. In any case, unemployment will remain above the pre-crisis level in 2022.

"Due to ongoing travel warnings, the catering and hotel industry – the sectors with the highest losses so far – will recover only slowly. They would be particularly affected by a third lockdown," says Stefan Schiman, author of the current WIFO forecast.

Economic output slumped sharply in Austria in 2020. However, at –7.3 percent (forecast), the decline in GDP was less severe than the circumstances of the last few weeks – the lockdown since the beginning of November in varying intensity – would have suggested. In its forecast from early October, WIFO already expected a decline of 6.8 percent. The relatively low forecast revision for 2020 has two main causes:

Under the current conditions, the mean of the forecast interval will – contrary to the usual assumption – not correspond to the value with the highest probability of occurrence. Rather, a bimodal forecast interval seems plausible, i.e. a range with two probable outcomes: either the health policy stance remains unchanged ("no policy change"), and a recovery from the current lockdown follows in the first quarter of 2021. Or a new lockdown is imposed in the first quarter, so that a – relatively stronger – rebound is deferred to the second quarter:

In the course of 2021, first the rising outdoor temperatures and, at the latest in the second half of the year, the vaccination coverage of the population should again allow more societal and thus economic activities and enable a return to normal social behaviour, thereby supporting the economic recovery. Based on this assumption, a GDP growth rate of 4.5 percent is forecast for 2021 in the "no policy change" scenario and 2.5 percent in the "third lockdown" scenario. The losses in value added due to the crisis will not be compensated in either scenario until 2022. The unemployment rate, which rose by 2.5 percentage points to 9.9 percent in 2020 despite widespread use of COVID-19 short-time work, will fall to 9.3 percent in 2021 in both scenarios. The budget deficit is expected to decline from around 10 percent of GDP in 2021 to about 5.5 percent ("no policy change" scenario) and 6.2 percent ("third lockdown" scenario), respectively. 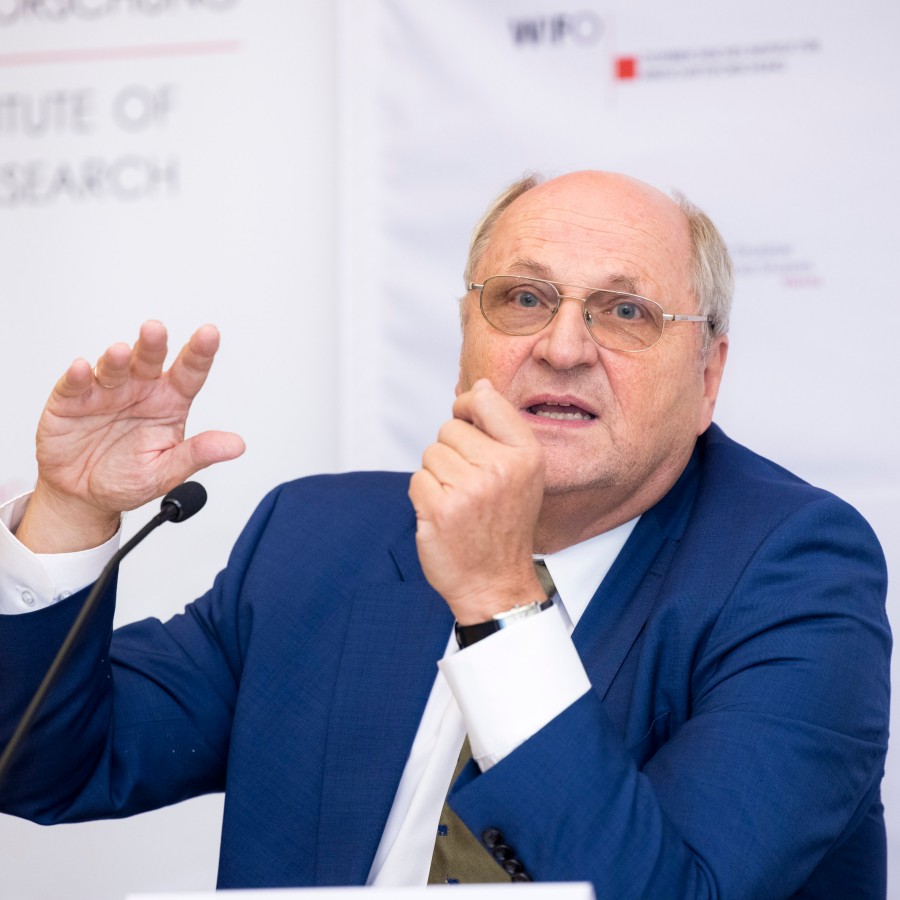