After the FIW Award for outstanding dissertations, WIFO economist Julia Bachtrögler received two further awards for her dissertation completed in 2018.

The Stephan Koren-Award serves to promote young scientists who completed their PhD at the Vienna University of Economics and Business (WU). It is awarded to doctoral candidates who, on the basis of their dissertation and their entire course of studies, have made the largest contribution to maintaining the high reputation of dissertations prepared at Vienna University of Economics and Business within the academic community.

The Hanns Abele Prize is awarded by WU's Institute for Analytical Economics and is aimed at young post-doctoral researchers whose dissertation deals with the scientific foundation of economic policy.

The collective dissertation "Essays on the Effectiveness of EU Cohesion Policy: The Role of Policy Implementation and its Effects in Heterogeneous Regions", supervised by WU professors and WIFO consultants Harald Badinger and Jesús Crespo Cuaresma, comprises three articles, one of which has already been published in the renowned academic journal Regional Studies.

The main finding of the first paper is that the impact of structural funds allocation on income growth in the poorest regions within the EU has decreased significantly in the period 2007-2013, which coincides with the economic and financial crisis, compared to previous multi-annual financial frameworks (MFF) since 1989-1993. The decrease in effectiveness was much smaller in the ten Eastern European countries that joined the EU in 2004 than in the EU 15, which is likely to be linked to a relatively higher learning effect in terms of effective allocation of resources.

In the second paper, a newly established dataset of more than one million beneficiaries in the MFF 2007-2013 is used to estimate the impact of the support on supported manufacturing firms' employment, value added and productivity growth. The effects vary significantly across countries and regions with different territorial capital.

The empirical analysis in the third paper uses the French presidential election as a case study and suggests that higher employment effects (in assisted firms) caused by EU regional funds are associated with fewer votes for the Eurosceptic candidate Marine Le Pen.

Julia Bachtrögler has been an economist in the WIFO Research Group "Structural Change and Regional Development" since 2018. Prior to this, she worked as a research assistant and PhD student at the Vienna University of Economics and Business for four years. Her research focuses on issues of regional and urban economics, in particular the analysis of economic policy measures in the regional context, regional development and convergence. In these areas she is currently working as a project manager and collaborator on projects for national and international clients. 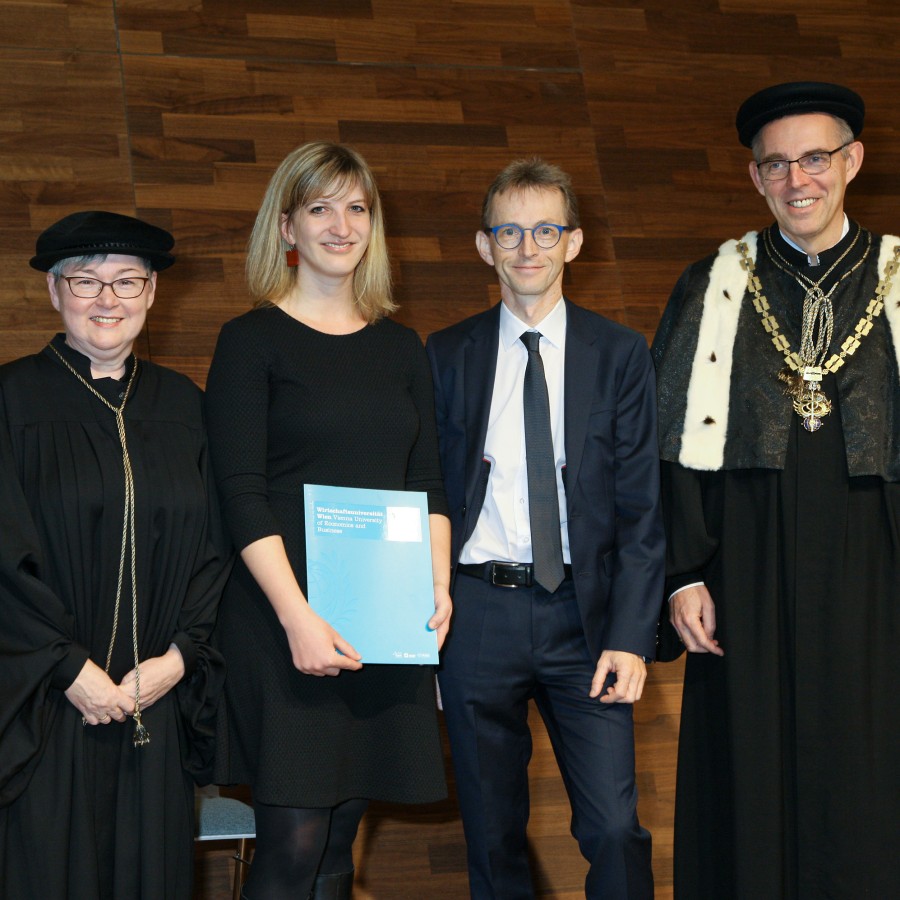