WIFO Economist Ulrike Huemer at Discussion of the Chamber of Labour

In the course of a Chamber of Labour discussion with President Renate Anderl, the Deputy Secretary General of the Austrian Economic Chamber Mariana Kühnel and the head of the Vienna Public Employment Service Petra Draxl , WIFO economist Ulrike Huemer outlined the economic effects on women in the COVID-19 crisis.

The COVID-19 crisis has led to employment losses on the labour market that were last seen around 70 years ago and a massive increase in unemployment. "Usually the short-term negative effects of economic crises on the labour market are more pronounced for men than for women. The situation is different in the current crisis, which has hit the economy in its broadest sense, and thus also numerous women-dominated service industries," Huemer said.

For women, the closure of schools and childcare facilities in particular has led to a new double burden. According to a survey by the Vienna University of Economics and Business Administration and the Chamber of Labour, little has changed in the unequal distribution of unpaid work during the COVID-19 crisis. But not only unpaid work is unequally distributed, but also paid gainful employment: every second woman but only every tenth man works part-time.

"In view of an overall high total weekly workload – i.e. paid and unpaid work – of women, a fairer distribution of work can only be achieved if the working hours of men approach those of women, and not vice versa", Huemer said. However, substantial part-time employment of both sexes in the phase of child upbringing is opposed by wage differences in particular: At 19.6 percent, Austria has one of the highest gender-pay-gaps (measured by gross hourly earnings) among the EU member countries.

Even before the crisis, women and men were not equal on the labour market. This can be seen, for example, in marked differences in the employment rate of mothers and fathers (with children under 15 years of age in the household), average working hours, income, and the proportion of women in management positions. The key to combating this imbalance is income and childcare provision. The recipes are old familiar, such as the nationwide expansion of high-quality, affordable childcare provision, increasing the participation of fathers in raising children by increasing the number of non-transferable months of childcare allowance, re-evaluating work (e.g. in the care sector), and breaking up traditional career and training paths.

Further information and a recording of the debate can be found here. 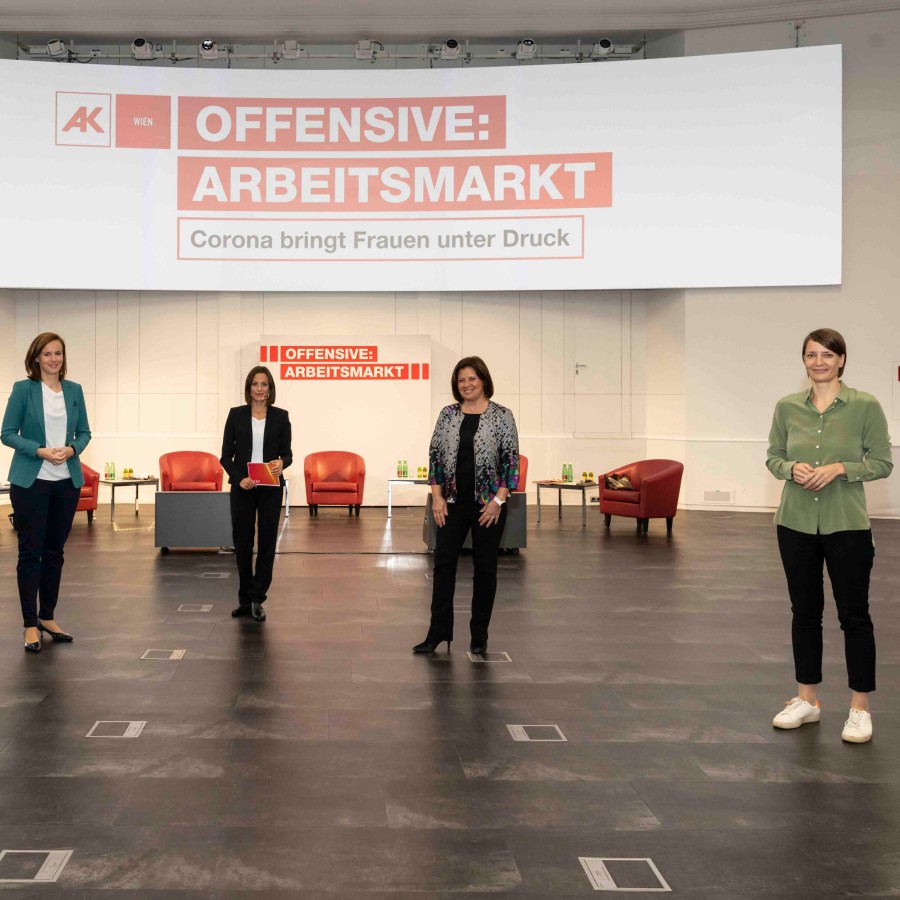